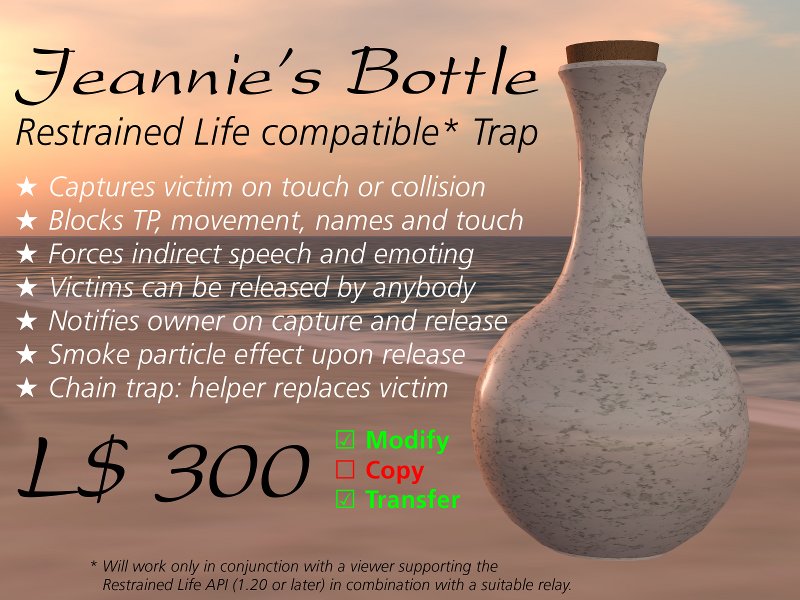 Victims touching or walking into the empty bottle are 'sucked into' the bottle, then with a slight 'pop', a cork magically appears, trapping them inside, hidden away from bystanders or passers by. They cannot leave their prison on their own, but much rather have to enlist someone on the outside to uncork the bottle again by touching it.

This feat may prove more difficult than it sounds, given the fact that caught inside the bottle, one can't really see well who's outside, and one's voice doesn't really carry all that far (and, beyond that, isn't really recognizable to those outside).

Once someone eventually pops the cork, the victim is released within a billowing cloud of smoke. But, as in real life, no good deed goes unpunished: the good samaritan is then in turn sucked into the bottle to take the original victim's place!

If so desired, a victim can also be force-sat onto the bottle using a third-party mechanism (Force Sitter, RLV Remote Control etc.)